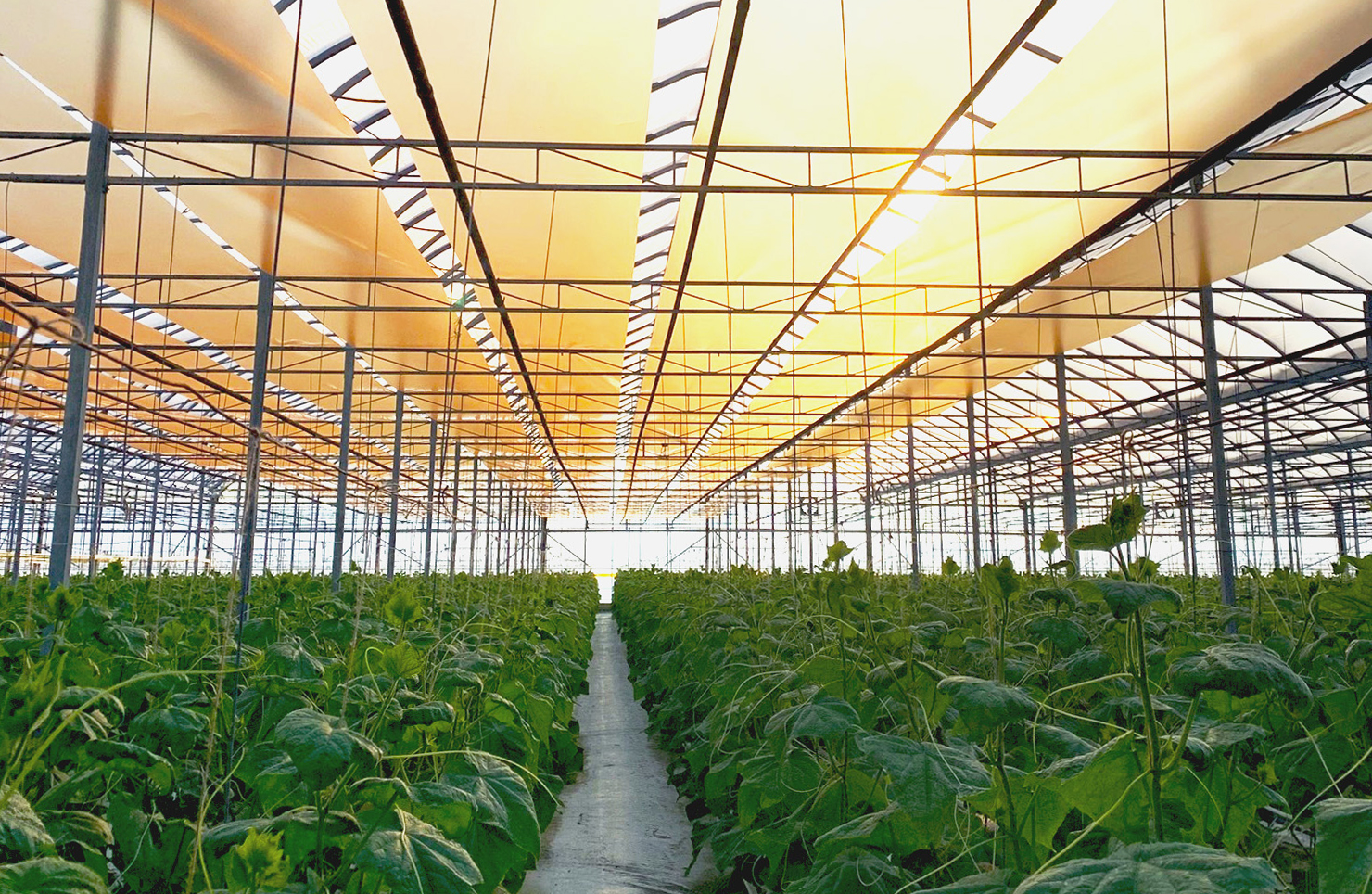 Indoor farms can grow more food than fields by using special recipes of LED lights to induce more plant growth. This new technology lets a regular greenhouse achieve the same effect. BY ADELE PETERS (FAST COMPANY) Inside the sprawling warehouses where some indoor farming startups grow food under artificial light, custom “light recipes” adjust the color of LEDs to help plants grow faster. Even with efficient LED bulbs, the systems still use a huge amount of energy. But new technology designed for traditional greenhouses can manipulate sunlight in a similar way, without any use of electricity at all. “Our approach is, basically, let’s just tweak sunlight—let’s improve sunlight,” says Hunter McDaniel, founder and CEO of UbiQD, the advanced materials startup that makes the new greenhouse tech. The company uses quantum dots, the same nano-size crystals that are used to emit color in TVs and monitors. Today, UbiQD announced that it is partnering with Nanosys, a quantum dot manufacturer that usually works in consumer electronics, to scale up production of its product, called UbiGro. (The company is also working on other new quantum dot products, including windows that can harvest sunlight to make solar power.) On greenhouse roofs, a film filled with quantum dots shifts UV light from the blue portion of the spectrum to red. The orange glow that the film emits helps plants grow. “We make the color of light coming from the sun more consistent and more dialed in to be basically what that optimal spectrum is, but passively, without any electricity,” McDaniel says. “So it does ultimately boost crop yield. But it’s an energy savings as well, because it’s an alternative to lighting.” Modern greenhouses already grow food more efficiently than growing in a field; a greenhouse in the Netherlands growing tomatoes might grow more than 30 times more pounds of food per square meter than a traditional farm because watering, temperature, CO2, and other factors are optimized. But controlling the color of the light can help even more. In tests in greenhouses growing tomatoes, the new film helped farmers produce crops that were 20% larger. The product also helped in tests with lettuce, cannabis, and cucumbers. The design can be adjusted for different crops to help each perform best, although only one option is available now. Some greenhouses with glass roofs use additional lighting to help extend short winter days. The film could achieve the same result for growers who want to save energy or who haven’t been able to afford supplemental lighting in the past. It might also convince some indoor farming companies to shift from fully controlled warehouses to greenhouses with natural light. “Our approach is basically enabling that level of control, but using the free, sustainable, light source of the sun, and ultimately that’s going to enable more efficient farming, lower-cost farming in the same way that vertical farming does in an urban center,” says McDaniel. “But without having that huge energy consequence.” Click here for the original Fast Company article.
Back to top