In the not-to-distant future, luminescent solar concentrating glass windows with quantum dot (QD) tints will enable building-integrated sunlight harvesting and revolutionize urban architecture by turning tinted windows into power sources. With this technology, buildings may eventually realize net zero energy consumption or even end up suppling the grid with electricity. Several companies are pursuing transparent organic photovoltaics as a sunlight-harvesting window solution, but are far from an economically viable product. A much lower cost alternative is the luminescent solar concentrator (LSC), and although the concept has been pursued academically, no companies have commercialized the idea due to the lack of a suitable fluorophore. LSCs will play an important role in the emerging building-integrated photovoltaic (BIPV) industry as they provide semi-transparent windows that convert the energy-passive facades of buildings into distributed energy generation units, while simultaneously reducing the heat gain of the building. 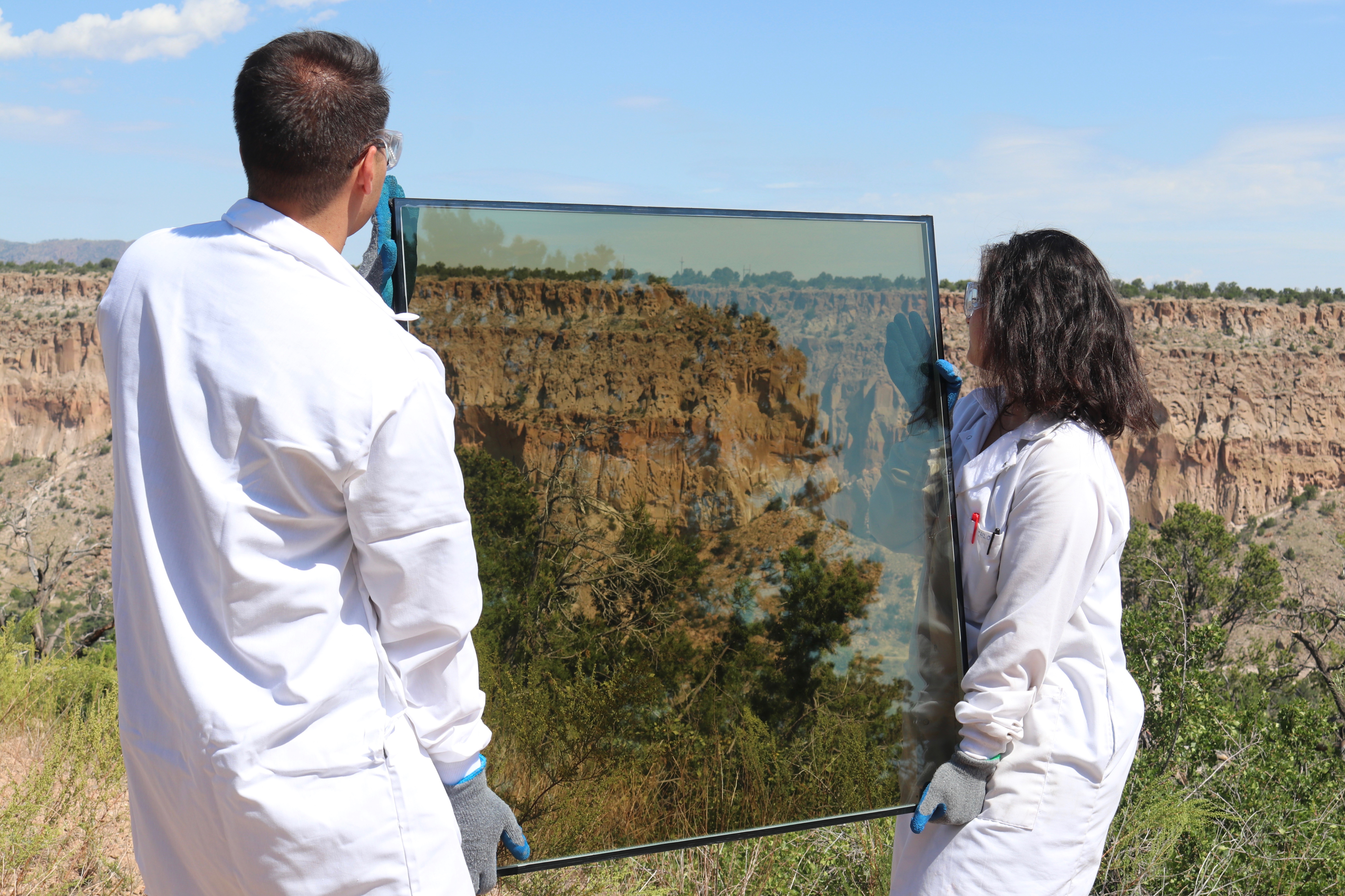 The technology works by tinting a window with a fluorophore which absorbs sunlight and subsequently luminesces monochromatic light. This light is guided through the window to the edge(s) where a small PV device converts the light into electricity. The LSC is semi-transparent, and filters visible light neutrally, so as not to impart unnatural color to the transmitted light. The key value proposition for UbiQD’s LSC-enabling, near-infrared (NIR) QDs are low-cost with negligible toxicity compared to QD alternatives. No other known QDs or organic dyes can achieve the cost and performance requirements to achieve a reasonable energy payback period without adding unnecessary health risks. In contrast to LSCs, typical solar harvesting window concepts utilize photovoltaic stacks that cover the entire window, whereas the LSC requires only a very narrow strip of PV along one edge of the window. The former approaches are intrinsically more expensive than LSCs because they require coating an entire window with a complex multi-layered PV.