Counterfeiting of fashion apparel, pharmaceuticals, banknotes, electronics, legal documents, and other high value items is a global problem in excess of $500B globally. One way to fight the black market for counterfeit items is with a security ink authentication system. The security ink imparts a unique optical feature that can be used to verify the authenticity of the item. Some examples of unique optical signatures are holograms, fluorescent dyes, angle-dependent colors, and watermarks. Watermarks have been integrated into documents to verify authenticity since at least as early as the 1200’s. Over time as counterfeiters became more sophisticated, increasingly novel security features have been sought. Patents for hard-to-replicate optical features are seen as early as 1886 in U.S. 353,666 (Crane, Jr.), “Watermarked Paper”, which notes that unique features can be observed “when the paper thus produced is examined against the light”. 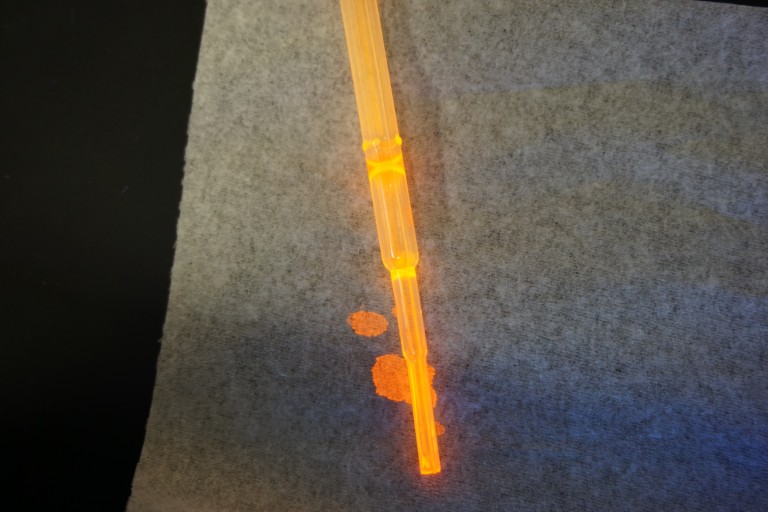 The extraordinary tunability in the optical properties, especially the photoluminescence, of quantum dots makes them well-suited for security ink applications. Furthermore, the difficulty in making quantum dots stable in the long term creates a barrier for counterfeiters attempting to reproduce the effect. Critical for any consumer-exposed solution will be non-hazardous materials. In addition to the low-toxicity benefit of UbiQD’s materials, large Stokes shifts, near-IR luminescence, optimal lifetimes, and other features makes security inks and interesting target market.