On the job in Los Alamos Thursday is Research and Development Chemist Kimberly Carson at UbiQD, 134 Eastgate Dr. During her work Thursday Carson is taking a raw quantum dot-polymer mixture, putting it through a R&D extruder to create a quantum-dot integrated extruded filament. From there, the filament is pelletized into small pieces, and finally sent off to a manufacturer that will turn it into an agricultural film. These films will be field tested and eventually used commercially to cover greenhouses. Carson has worked at UbiQD for nearly two years. She holds a Bachelor’s of Science in Biology from the University of New Mexico, with a focus in molecular biology, biochemistry and genetics. She has been an advocate and proponent for clean energy, environmentally conscious product development, and circular business models. She brings experience in photobiology, botany, genetics, greenhouse agriculture, and scientific as well as community outreach. Photo by Carol A. Clark/ladailypost.com 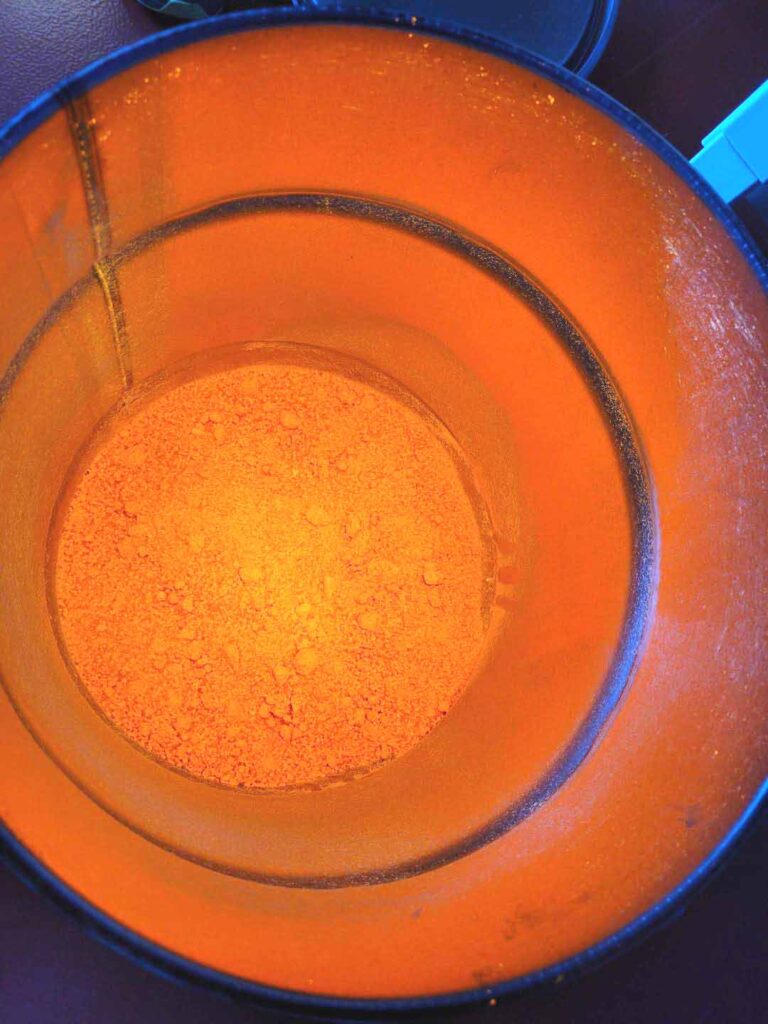 This is an example of a raw masterbatch, prior to processing. It is a mixture of granulated polymer and UbiQD’s native quantum dots. During an ‘On The Job’ photo shoot Thursday, UbiQD R&D Chemist Kimberly Carson was pre-mixing the masterbatch prior to processing in order to get maximum homogeneity between the polymer and the quantum dots. Courtesy/UbiQD 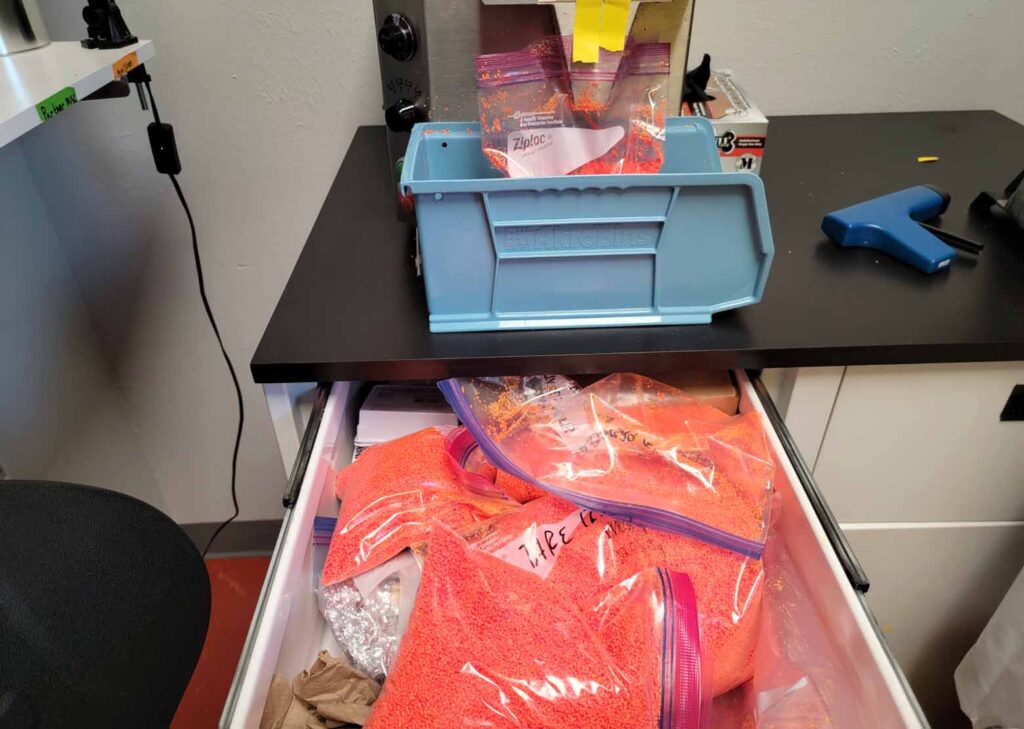 This is what the final masterbatch looks like. This pelletized masterbatch will be shipped off to an agricultural film manufacturer. Photo by Carol A. Clark/ladailypost.com 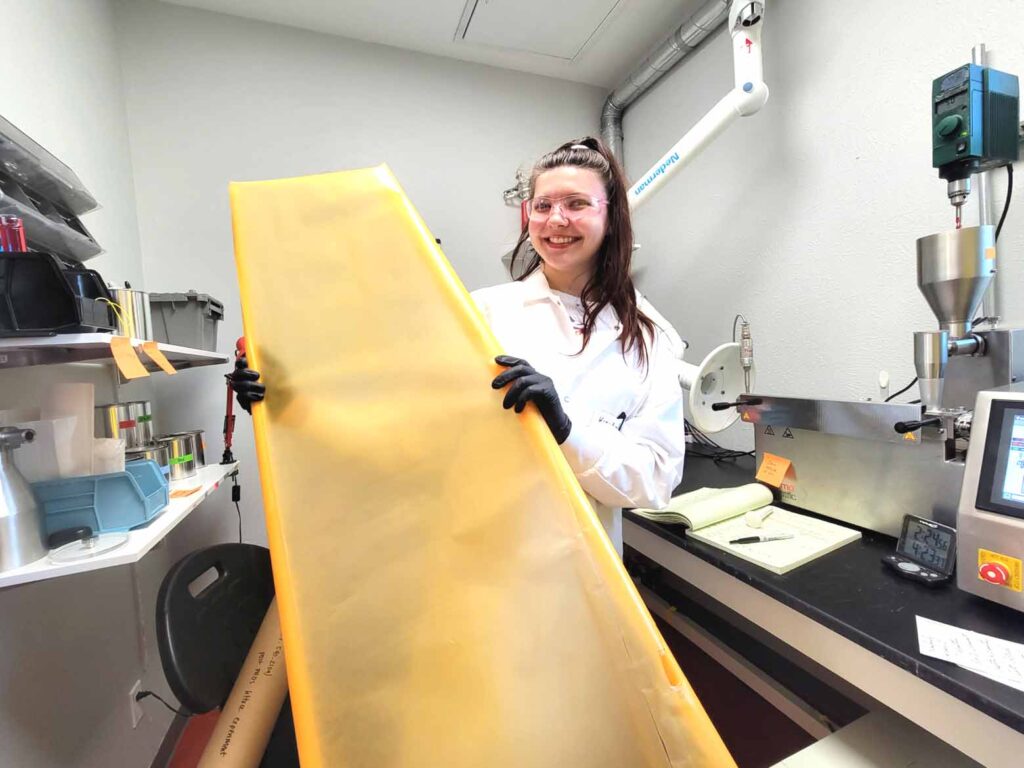 UbiQD R&D Chemist Kimberly Carson at UbiQD Thursday holds an example of what the agricultural film looks like. As you can see, it looks quite bright! That brightness is the fluorescence of the quantum dots. UbiQD is cultivating the intersection of agriculture and advanced materials with its product, UbiGro. UbiGro is a luminescent greenhouse film designed to create an optimal growth environment for plants by shifting the light spectrum of the sun to wavelengths most preferred by plants. This allows for plants to grow larger and faster than they would under typical greenhouse conditions, and increases crop yields. In an era of global food shortages, UbiQD believes that UbiGro will impact greenhouse crop production in a meaningful way. To learn more about the UbiQD team, UbiGro, and the team’s flagship technologies, visit: www.ubiqd.com. Photo by Carol A. Clark/ladailypost.com Read the original article here.
Back to top