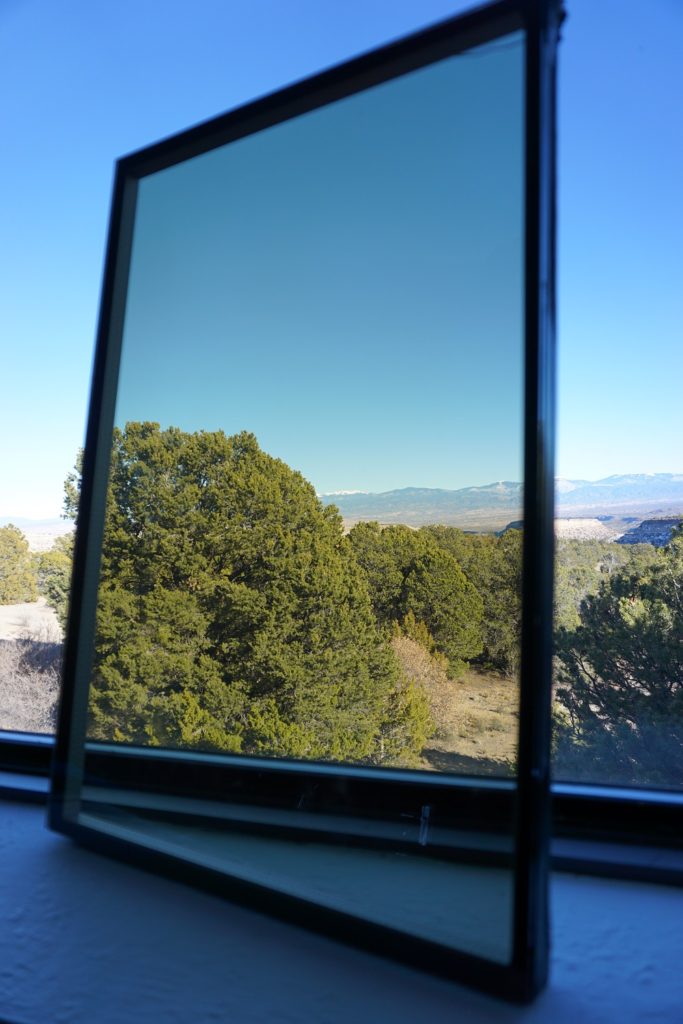 Chemical Engineering Progress (CEP) Magazine, January issue: Urban areas consume 70% of energy produced globally and are projected to house approximately 60% of the Earth’s population by 2030. Coupling this high demand with the high price for electricity in cities points to the need for local energy generation. However, the space required for traditional renewable technologies — such as wind or solar — is not available in urban areas. One solution is to incorporate renewable energy production into the façades of buildings, for example with building-integrated photovoltaics (BIPV) such as solar-harvesting windows. With support from the National Science Foundation (NSF), UbiQD Inc. has developed a BIPV technology that uses quantum dots (QDs) to generate electricity — a solar-harvesting window called a luminescent solar concentrator (LSC). Within each LSC, CuInS2/ZnS QDs effectively absorb sunlight and convert it to near-infrared (NIR) light. NIR light is then trapped, concentrated, and guided through the glass, via total internal reflection, to small solar cells embedded in the window frame. UbiQD’s LSCs have several advantages over other sunlight-harvesting window systems (i.e., organic photovoltaics). For example, the company’s LSCs are compatible with current window manufacturing processes because the quantum dots can be added to the extruded polymer interlayers in commercial laminated glass. And, UbiQD LSCs are less expensive to manufacture and have better aesthetics (e.g., neutral color, no lines, no haze) than other energy-harvesting windows. The concept of electricity generation by LSC windows has been around for 40 years. However, previous efforts to develop and commercialize LSCs failed due to the lack of a suitable fluorescent material with appropriate absorption and emission spectra. QDs have long been considered an ideal fluorophore for this application due to their size-tunable emission, but the emission and absorption spectra of traditional QDs tend to have significant overlap, which prevents long-distance light-guiding and constrains the performance of large windows. Furthermore, high-efficiency, color-neutral NIR fluorophores did not exist. UbiQD’s breakthrough is their proprietary method for low-cost manufacturing of stable, high-performance (i.e., ~100% quantum efficiency in the NIR) and nonhazardous CuInS2/ZnS QDs, which have minimally overlapping absorption and emission spectra. Earlier this year, UbiQD reported that their LSC achieved a record certified performance of 29 W/m2 (approximately 3% efficiency) with 44% visible light transmittance (VLT) — a performance better than any other solar window on the market. VLT quantifies the fraction of light visible to the human eye that passes through a window, and ranges between 40% and 60% in most commercial buildings. In collaboration with the National Renewable Energy Laboratory (NREL), UbiQD modeled the energy production of LSC windows if they were installed on skyscrapers. As an example, assuming a target performance of 5% efficiency at 50% VLT, the Four Seasons Hotel in Miami, FL (which has 85 stories and a façade consisting of about 80% windows) would generate roughly 1.4 GWh annually if equipped with this technology. This would be enough energy to provide electricity for over 300 apartments and would translate to a cost savings of about $170,000/yr. Although the NSF-funded solar window effort is focused on electricity generation for commercial buildings, the company is also separately developing QD greenhouse films that shift the sun’s spectrum toward a red color to enhance crop production. UbiQD has produced QD films up to about 4 ft wide and is testing them inside five commercial greenhouses. These greenhouse films provide benefits similar to supplemental greenhouse lighting, improving crop yield and speeding up crop cycles, but at a significantly lower cost. These retrofit greenhouse films are now available under the UbiGro brand. Eventually, the greenhouse QD films will be available with an electricity generation option. Currently, UbiQD is focused on scaling up QD manufacturing and optimizing LSCs for industrial window fabrication. The company is manufacturing enough QDs per day to coat more than 500 m2 of LSC windows; it plans to scale that to 2,500 m2/day capacity and launch the first solar window pilot projects by the end of 2019. The cities of the future may one day be powered by low-cost renewable energy from QD LSCs like UbiQD’s. This research was funded through the NSF Small Business Innovation Research Program. This article was prepared by the National Science Foundation in partnership with CEP. Read the full CEP article here.
Back to top