Solid-state lighting using LEDs is potentially the most efficient and longest-lasting method to generate light from electricity. Typically, white light is created by downconverting a portion of the emission from a high-efficiency near-ultraviolet or blue LED using phosphors; either a green/yellow phosphor for “cool” white or both a green/yellow and a red phosphor for “warm” white. Currently, there is a widely acknowledged need for red-emitting phosphors with high emission QYs and narrower peak widths in order to achieve more efficient, higher quality warm-white LEDs for SSL.

Present day phosphors have relatively broad emission peaks, with linewidths (full width at half the maximum, FWHM) near or exceeding 100 nm. For the red phosphor, this results in a significant portion of the emission being wasted since it extends beyond the response of the human eye. Peak emission wavelength is largely fixed by material choice, which limits design flexibility in optimizing trade-offs between color-quality and performance. Similarly, the efficiency of phosphors today is limited by QY of no more than 90%.

In 2014, the LED industry is estimated to have more than $10B in sales, and the market potential is immense if QDs can replace or enhance existing yellow-green emitting phosphors that are typically based on rare-earth elements like yttrium and europium. QDs could be utilized to enhance the red portion of the LED spectrum, but also to arbitrarily adjust the entire spectrum (e.g., boost cyan) for application-specific needs. Another potential benefit in using QDs, is that only a single material would be used to produce a wide range of spectra, including one that mimics the visible portion of the sun’s blackbody spectrum. 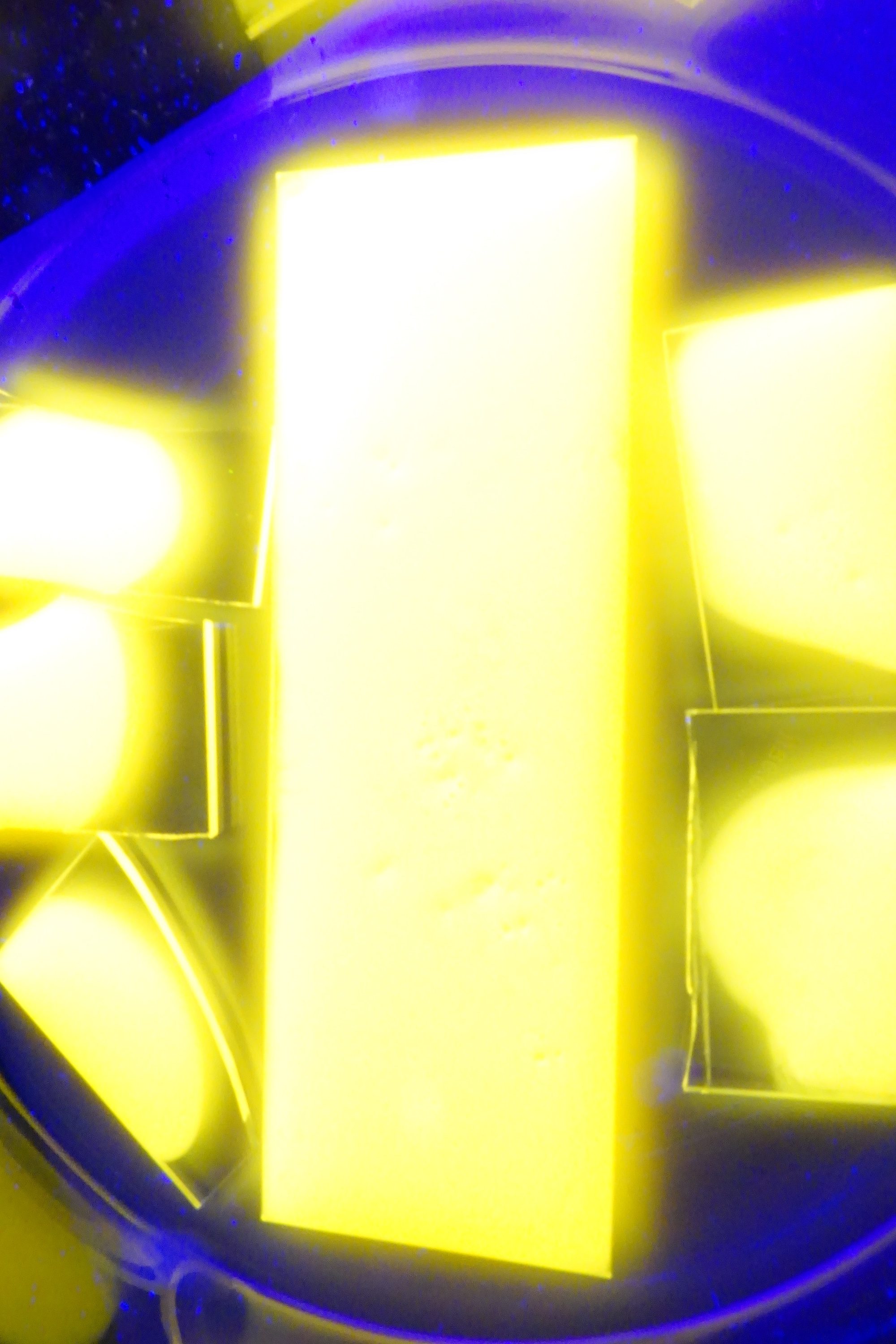